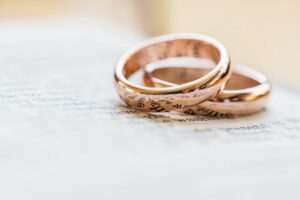 When the holiday bustle ends, there can be a feeling of “letdown” that follows as we return to our “regular lives”. This is not the only option for us, however. We can look at the beginning of the year as a time to “clean house” in our lives and relationships–we can toss out what does not serve us anymore and dust off what does.

One issue that can gather quite a bit of dust is the topic of monogamy. It is possibly no coincidence that it sounds so much like the word “monotony”–because for many couples, that is exactly what monogamy feels like! I like to invite couples who are invested in monogamy to thicken it, so to speak. Most of us are raised with a “thin” story of monogamy: we will be attracted to and have sex with one chosen partner for the rest of our lives, AMEN! That is like tofu–sounds good in theory, but not very appealing in reality unless you “spice it up”.

KANT’S PHILOSOPHY: The appeal of philosophy for me is that it is not simple–it deals with the complex reality of human behavior and thinking in a way that modern self-help books do not. The former is concerned with understanding as a way to live better, the latter more often concerned with easy fixes that neglect underlying conflicts. Philosophy can help me to understand modern issues in relationship because we still have the same core needs.

Immanuel Kant (1724-1804) was a philosopher who was interested in an approach to “goodness” that did not rely on religious stories–he was interested in a way of living that was motivated from within because he suspected that such a morality would be unflappable. He came up with something called the Categorical Imperative.

Regarding monogamy, I want to refer to the second section of his philosophy, which is called the Formula of Humanity, and it simply states:

“Act that you use humanity, whether in your own person or in the person of any other, always at the same time as an end, never merely as a means.”

What this means to me is that it is best to go into relationships with others using “respect” as your behavioral guide, something I wrote about in my last post. When you respect someone, you won’t try to “use” them to get something (unless they agree to this). You won’t see them as a means. Why is it disrespectful to see someone as a means? Well, because it is treating another person in a way that you would not treat yourself, in essence placing their value as less than yours.

APPLYING KANT TO MONOGAMY: If you are wondering how this applies to modern monogamy, bear with me! Monogamy today is treated as an end rather than a means, and this is, in my observation, one big reason why it so often fails. Monogamy, rather than being a chosen active approach to a couple’s sexual relationship, is being used to symbolize commitment. It is dead in the water. You want to know what I notice? The majority of people who cheat on their partners love them very much–commitment is not the issue!

When monogamy is used as an end rather than a means, then our partners are reduced to being a measure of our virtue and sex becomes a proving ground. Not fun! We have used monogamy as a gauge for virtuous commitment: to ourselves, our partners, and in the eyes of others. This in turn makes our partners a tool for our own reward. Another way of putting it is that we have turned our partners into a means for us to feel good about monogamy.

What if we instead used monogamy (means) to feel good about our sex life with the partner we are committed to (end)?

When we treat monogamy as a means to something positive in our relationship, it can open up all kinds of delicious fun in bed! This is because when monogamy is a means, it changes from being a descriptor of commitment into being an instrument for commitment–one that is used willingly and joyfully. It is acting on this premise:

“I choose to have sex only with you, because that is respectful to me, to you, and to our current relationship agreements, and it strengthens our commitment to remain interested in each other over time.”

Chosen monogamy (means) is very different than imposed monogamy (end). Chosen monogamy requires mindfulness, because if you decide that you want to be with just one person sexually for any reason (and there are some good reasons to do so!), then you will benefit by making it interesting. Monogamy does not equal monotony if you choose it mindfully.

So how do we do that?

THICKEN IT! Mindful relationships are the goal of couples therapy. A mindful relationship means that two people see each other as not only a partner, but also as an individual with differences. Do you think you can meet every need that your partner has? Good luck! But you might find that you can meet many more needs than you thought possible, merely by:

One downside of living in an advanced society is that we sometimes think that everything should be “easy”. This can work against us. Some things require effort, regardless of how advanced our technology is! Having a satisfying, long term, monogamous relationship requires effort no matter how much you love each other, but effort that is applied in the right areas can pay off handsomely.

By treating monogamy as a means, rather than an end, I am suggesting that you put effort into defining monogamy for yourself and for each other–thickening it so that it fits your relationship rather than your parents’, and allowing you to see a rich sex life with your partner as a wonderful end goal rather than a way for you to feel good about values that may never have been  yours in the first place!

You want monogamy to work in your relationship? Put in the effort to bring it alive, and clearly define where you hope it will lead you. Treat it as a means to the preferred end!